After 25 years working on community projects in a range of government jobs, Mark felt it was time for a fresh start. He wanted to continue helping people and working with numbers, but he wanted to take destiny into his own hands and start a business. So, in 2014 Mark decided to become a First Class Accounts (FCA) franchisee in Cashmere, Queensland. And he hasn’t looked back since.

Despite not having any previous bookkeeping or business ownership experience, and having a health scare early on, he’s significantly grown his own business and is now able to enjoy the lifestyle benefits of setting your own hours, including being able to spend plenty of time with his three grandkids.

Mark first heard about First Class Accounts at a franchisee expo in 2013. It made a lasting impression on him:

“I went to a franchisee expo a few years ago and I heard Elisa Mayenco share her experience as a franchisee at the time. What I remember most is her enthusiasm for the FCA brand and culture. It sounded so supportive and collaborative. She spoke about a company who saw themselves as more than just bookkeepers but rather a community of professionals who offered businesses exceptional care, help and advice on achieving their goals.”

So, Mark decided to test this out when researching FCA.

“As part of doing my due diligence, I rang franchisees from different locations and stages of their franchise to talk about what it’s like. I didn’t get a bad word out of anybody. I got really positive stories that backed up what Elisa had said.”

Soon after, Mark signed his first franchise agreement and stared his new adventure.

New franchisees get professional training on bookkeeping fundamentals and the industry for three months before launching their business. For Mark, this was invaluable:

“The first stage was critical for me, because I hadn’t worked in bookkeeping before. The structure of the training was great. I learnt with other new franchisees, so we were all starting from scratch and gave each other lots of support. I’m still good friends with all of them. Head office really knows their stuff. I haven’t felt the need to approach people for help as much as I thought since because the initial training was so comprehensive.”

The ongoing training and support franchisees receive once they begin their journey is just as powerful, he says:

“We have regular conferences that include training components to keep us up-to-date on changes in tax situations, software and industry developments. If you were on your own, getting up to speed on this would take a lot of time and you wouldn’t necessarily know where to look. So, it’s great to have a national team to help you with it. Because of the great partnerships FCA has in the industry, I’ve built effective relationships with accounting companies. As a result, I’ve got great rapport with the people at Xero.”

A personal set back

Early on in Mark’s FCA journey he faced an unexpected set back with his health. It slowed him down, but a few generous acts reinforced his trust in the integrity of the business.

“I was just about to head to my first conference when my health took a turn for the worse. I couldn’t drive for a while, so I hit the brakes to recuperate. It was very hard but I found two things really helped. First, national office offered to waive the fees while I was recovering. They could have kept charging me, but they were so understanding. Second, I was sent work from another franchisee and someone at head office that I could do while I recovered. It just reinforced the support of the network and took the pressure off during my recovery.”

Freedom and a thriving, successful business

Once Mark got back on his feet he began building his client list. The ongoing training helped him learn how to grow and develop a business for the first time.

“Two things made a major difference — an FCA business coach showed me how to build my business with networking, and a Xero Accounting course offered to FCA franchisees.”

He made some big changes that got results. In the second year of working with the FCA business coach, his business doubled. It quadrupled in the third year!

Today, his business is thriving and he’s loving life:

“After working with government for a couple of decades, to have the freedom of my own business is just brilliant. I’ve really got enormous flexibility.

Although I’ve had a bit of a rough journey, I wouldn’t trade it at all. It’s sensational to have my future in my own hands.”

If you’re ready to forge your own destiny, First Class Accounts provide the culture, training and support to achieve your best in the business world. What’s your story? What made you decide to join us on your business journey? Share your story below, we’d love to hear it! 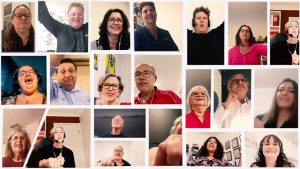 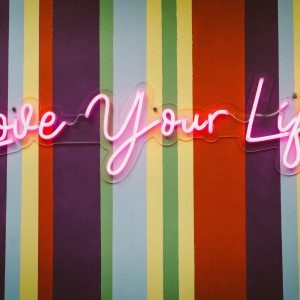